The town of Al-Khandaq, which was once a thriving river port, was the residence of wealthy merchants who built two-storey houses of mud brick, with many rooms, as well as one-storey dwellings. These have been deserted since the early 1970s, when the trade declined. There are two mosques currently in use: al-Hassanab and al-Khatibiya. Public buildings include the police station (established in 1902), the rest house (established in 1905) and vestiges from the indigo industry. The fort, known as “Qaila Qaila” which means the Red Fort, dominates the town, with its south-west tower visible from both north and south, while its western wall overlooks the area with the remains of the south-western and interval towers. The fort is in desperate need of support, especially the towers. 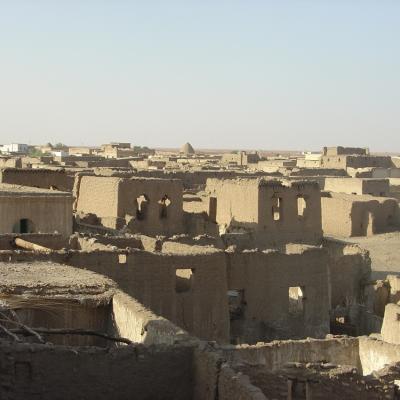 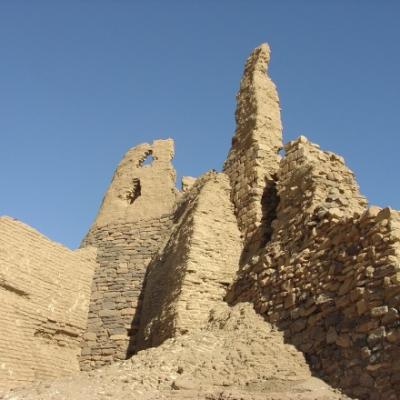