The archaeological site of El-Hassa covers an area of 21 hectares, bordered in the west by the river Nile, as it was in Meroitic times. The name El-Hassa derives from the Arabic has, meaning ’pebble’ and could be translated as the ‘Gravel Site’. In fact, this was not the earliest settlement in this location: excavations underneath the temple provide evidence of an extensive settlement horizon dating from the Neolithic period (4th millennium BCE), which had been situated on the pebbly beach next to the river.

Situated 30 km south of Meroe, the Meroitic town of El-Hassa was located at the distance of one caravan stage from the capital. Today, we know one of its main temples was dedicated to the god Amun, as was the ceremonial palace to which it was attached, which was used by the ruler during rituals marking the religious calendar of the town.

The term ‘town’ should not create the impression that we are dealing with a residential settlement. It rather formed a royal foundation, which included structures with different functions: religious (temples), economic (storage buildings), artisanal (iron and pottery production) and administrative (the palace). This general description has been confirmed through geomagnetic evidence, a surface-pottery survey and a series of soundings. Today, we understand that regional centres like El-Hassa, through their function of organising the running of the territory, allowed the Meroitic state to exercise political and economic power over its vast realm.

Approximately 1 km to the east and on the other side of an ancient branch of the Nile is, in a place called Damboya, a large structure, which was probably a palace, is surrounded by traces of a settlement that obviously belonged to those who made sure the palace functioned properly.

Since 2000, the French-Sudanese mission at El-Hassa has concentrated on clearing the Amun Temple, the existence of which had long since been signalled through the presence of ram statues as part of an alley leading to the temple. It was also mentioned by travellers during the 19th century, for example, Johann Burckhardt (18th May 1814), Linant de Bellefonds (24 March 1822) and Frédéric Caillaud (3 April 1822). The excavation of this monument has provided evidence of great importance in regard to the historical and architectural development of the temple plan.

It has also shed light on the reign of a little-known ruler and provided information regarding the origin of the temple. Nebmaâtrê Amanakhareqerema is the name of the qore (ruler of Meroe), who acted as the patron of the Amun Temple at El-Hassa. He governed at the end of the 1st century CE, following the rule of the better known qore Natakamani, and the candace (queen) Amanitore. His first name, Nebmaâtrê, harks back to the name of the prestigious Egyptian pharaoh, Amenophis III, his long-time forebear in the cult of Amun.

It was possibly the power of this cultural heritage which led to the transformation of the first temple built in El-Hassa into a much grander structure. Architecturally, it uses Epyptianising features and in its layout conforms to the classical canon of the cult of Amun. The site of El-Hassa has already delivered much, and for all we know, the richness of the information which it still holds is just beginning to be revealed. 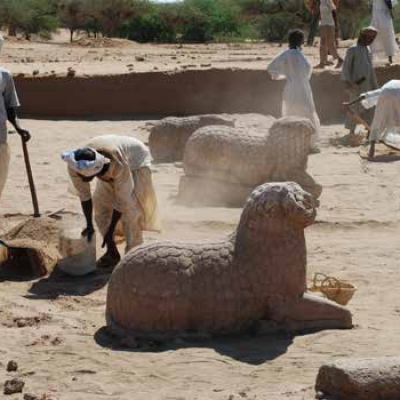 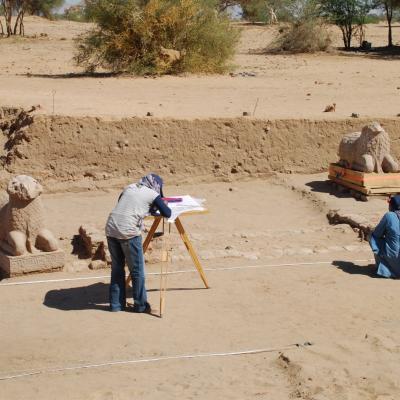 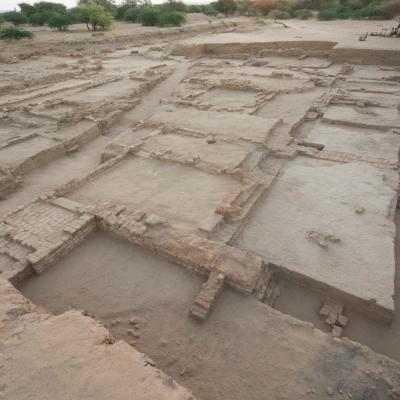