Jebel Barkal is a lone sandstone mount, 104 meters high, on the right bank of the Nile, near modern day Karima, Sudan. Here the Egyptians established the upper limit of their settled frontier in Nubia during the period of their greatest imperial expansion into Africa (c. 1500–1080 BCE) and built their most remote permanent settlement on the Nile, called Napata.

Located today about 325 km north-northwest of Khartoum, Jebel Barkal was 1260 km (or two to three months journey) up the Nile from the Egyptian capital at Thebes. Behind its soaring cliff, the Egyptians believed their state god Amun dwelt in primeval form, as a man with a ram's head, who from this hill had created the world at the beginning of time and who renewed it annually by releasing the Nile flood. In front of the mountain they built a sanctuary to the god, which over time became the largest cult centre in Nubia and a conceptual twin of Amun's Theban shrine at Karnak. After the Egyptians withdrew from the region in the 11th century BCE, Napata and its ’Pure Mountain‘ became the religious capital of the independent Nubian kingdom of Kush (c. 800 BCE – 350 CE), where the primary coronations of its kings took place. At present, 11 temples and seven palaces have been cleared on the site; other important buildings still remain buried. A cemetery of Meroitic royal pyramids can be seen on the west side of the mountain. Since 2013, under the sponsorship of QSAP, the National Corporation for Antiquities and Museums mission at Jebel Barkal, led by Timothy Kendall and Al-Hassan Ahmed Mohamed, has been able to pursue major new excavations. Among other things, these have clarified the earliest phases of the Great Amun Temple (scheduled as B500) (with levels dating from Thutmose III [c. 1479–1427 BCE]). This has included finds of carved blocks from a dismantled chapel of the Viceroy of Kush under Tutankhamun (c. 1332–1323 BCE). The team has also unearthed the first (B560/61) of six previously unknown small Meroitic temples, discovered several years ago using magnetometry, and cleared the remains of a structure believed to be the residence of a High Priest of Amun during the Meroitic era (B1700).

The team is in the process of restoring and re-creating each temple, palace and pyramid in a detailed computer model and inserting these models into a high-resolution 3D topographic model of the site, in which Jebel Barkal itself has been modelled in 3D in high-resolution photographs by an aerial drone. The completed site model, for presentation on video in Sudan's museums and made available to audiences worldwide, should ’bring the site back to life’ for those interested in trying to visualise it as it may have looked in antiquity.

Additionally, the team has undertaken the construction of a new visitors centre at the site. The facility, completed this year, includes a reception desk for ticket and catalogue sales, a cafe and rest rooms, and a small lecture hall. The walls will be hung with photos and informational panels describing the site and other points of local interest. The team has also prepared a bilingual visitors guide. 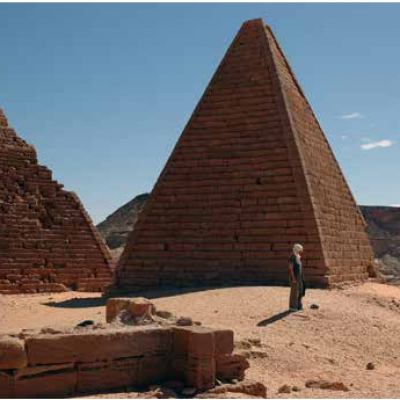 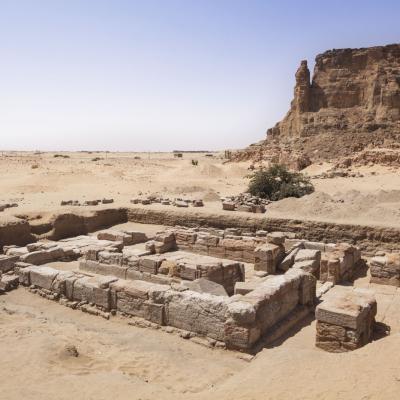 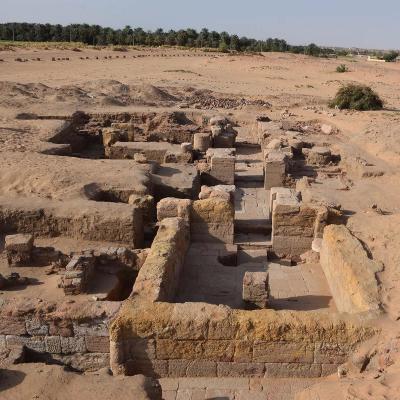 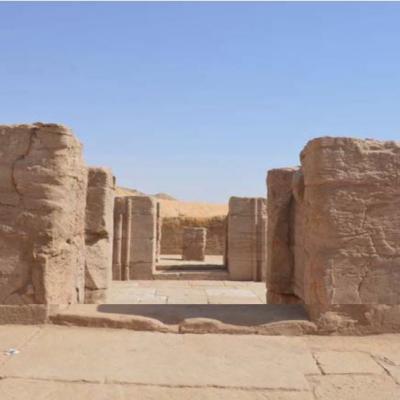