The remarkable burial site of Zuma is situated about 40 km southwest of Jebel Barkal and is close to El Kurru in the Napatan Region, on the right side of the Nile. The cemetery was Visited several times by researchers in the last 200 years, but resulted only in brief descriptions without the attempt at regular excavations. It was only when a plan was drawn up during the expedition of Karl Richard Lepsius in the 1840s, that it became obvious that the cemetery extended over 20 hectares.

Systematic excavations began in 2004 by a team from the National Corporation for Antiquities and Museums and the Polish Centre of Mediterranean Archaeology. This was supported by QSAP since 2013, including the investigation of some of the 29 grave mounds.

Three grave types are distinguished: Type I consists of artificial mounds, which are completely covered with stones. The grave mounds have a diameter of 25–53 meters and were from 6 to 13.5 meters high. The mounds of type II have a diameter of 21–31 meters, and are built of sand and loose stones. A stone ring built around the hill keeps them together. The underground burial shaft is M-shaped (when viewed from above) and has two chambers, one for the funeral and the other for the grave goods. The hills of type III are flat and less than 1 meter high. They have a diameter of 9–20 meters and include only a single grave chamber. All grave chambers were robbed. However, recently excavated underground tunnels under the mounds showed evidence of having contained pottery, beads, metal fragments and animal bones. Ceramics found in the graves dated to the late 5th and early 6th centuries BCE.

Great efforts are currently being made to fence the ruins to protect the site, which is situated in close proximity to an existing village. This measure is important in order to stop all movement across the area. In addition, the excavated burial shafts have been covered by a protecting metal grid-cover, as they might pose a threat to visitors. Finally, during the past year, a series of information panels were set up at the site to serve as information points for tourists at Zuma. 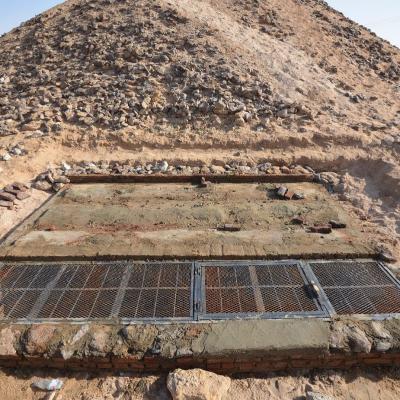 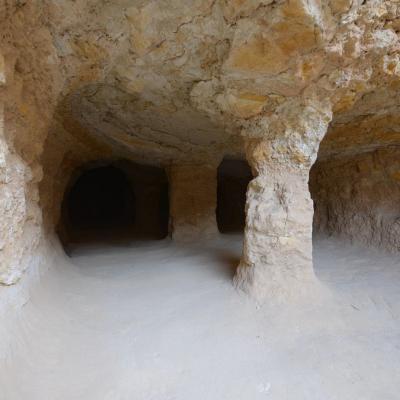 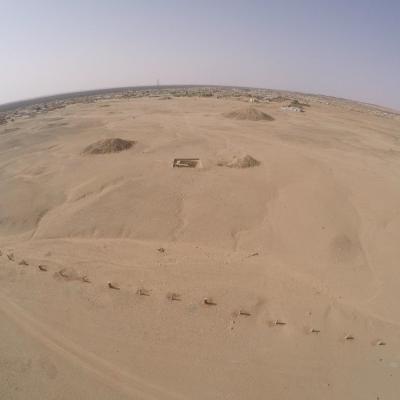