Two aspects make the site of Naga a special place on the archaeological map of Sudan. It is the southernmost urban settlement of the kingdom of Meroe (350 BCE – 300 CE) making it the gate leading from Africa to the world of the Near East and the Mediterranean. It is also situated in the savannah far from the Nile Valley, and therefore has stayed untouched over the past two millennia. Excavations at Naga started in 1995 (State Museums Berlin) and since 2013 have continued under the auspices of the State Museum of Egyptian Art, Munich and with the support of QSAP. The integrity of the ancient monuments, of the natural environment and the habitat of the nomads makes Naga an archaeological reserve of unique authenticity, and solitude far from the modern world.

The preservation of this atmosphere, felt by all visitors, is the basic strategy of the archaeological activities at Naga. For this reason, extensive consolidation and conservation work at the excavated temples avoids, whenever possible, any reconstruction. Thanks to their undisturbed setting in a pristine area, the many newly excavated structures provide rich information concerning art and architecture in Meroitic times. A short guide (available in Arabic and English) and a digital App (in preparation) provide tourists with the necessary information during a visit. The Naga Museum, designed by British architect Sir David Chipperfield, will be built outside the archaeological zone as a place of cultural and historical identity and information for the people of Sudan.

Five temples have been excavated so far. Their architectural structures cover different style types: the axial plan of the Amun Temple follows an Egyptian pattern; the Lion Temple is a typical Meroitic one-room temple; the Hathor Chapel combines Greco-Roman features with pharaonic ornaments; and the newly excavated Temple 1200 has a ground plan, which has been unknown so far in Meroitic architecture. This extensive variety in architectural types is mirrored in the multitude of sculptural styles, apparent in the more than 100 statues and statue-fragments excavated at Naga: the monumental rams of the avenue in front of the Amun Temple are inspired by pharaonic sculpture, a faience statue of Isis and life-size draped male figures have a close relationship to Hellenistic statues, while small cube-statues testify to a local African workshop. Despite the integration of different foreign styles, all sculptures have their typical Meroitic touch.

Without knowing their context, art historians would date these statues to different epochs and attribute them to various different regions. Their chronological and regional coherence makes them a paradigm of the problems of historical methodology.

In both the scientific discussion and in public awareness, Naga has gained an important place in the archaeology of Sudan. For scholarly research, it has become a model of the diversity of Meroitic culture. For amateurs of art and archaeology, it is one of the tourist highlights of Sudan, not in the least because of the unspoiled landscape and untouched lifestyle of the local semi-nomadic population. In the field of restoration, the principles and technical standards applied at Naga have found great appreciation by other archaeological missions in Sudan.

Thanks to the generosity of the National Corporation for Antiquities and Museums, long-term loans from Naga are displayed in the galleries of museums in Berlin and Munich and in temporary exhibitions all over the world. 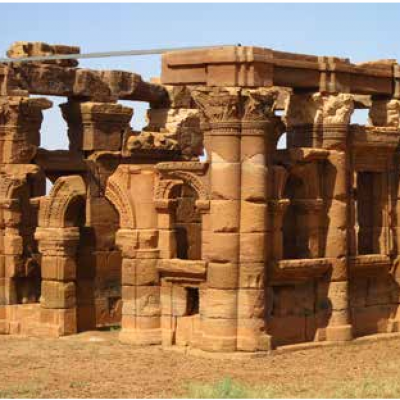 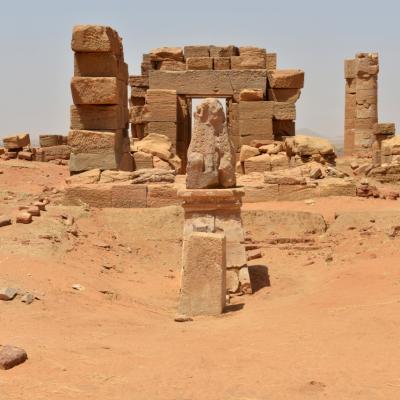 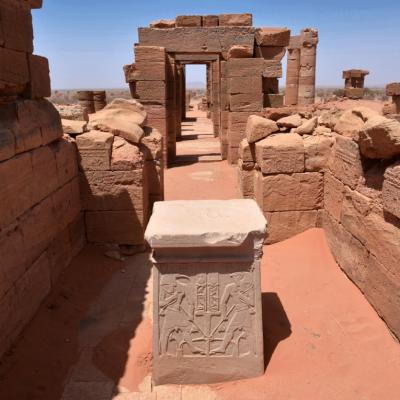 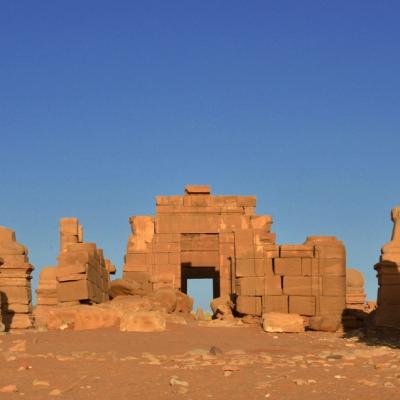