Nauri was a frontier of the Egyptian extension into Nubia, probably during the Middle Kingdom. While its archaeological record spans more than 4000 years, Nauri’s glory was during the medieval and post-medieval times. The deputy kings of the great Nubian Christian kingdom over the period 700-1300 CE, the so-called Sahib-Algabal, resided there as did the later Ottoman governors in 1600-1750 CE, with two settlements representing the Christian and Ottoman periods, respectively.With its western mountain serving as a residential and religious headquarter, and the royal grounds set on a vast wide mound of sand – called locally Siewn-Dokki – Nauri provided a counterpart to the Dokki in Dongola, the main capital of the Christian Period, owing to its stunning views of the Twin Mountains, the waters of the Nile embracing an island, and rows of tall and majestic palm trees. 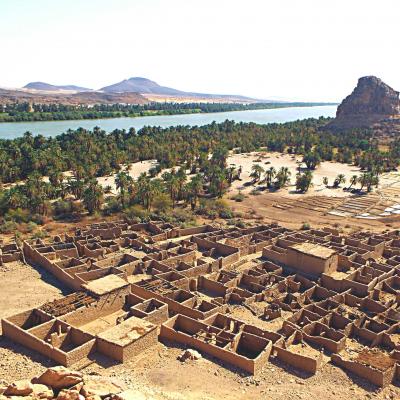 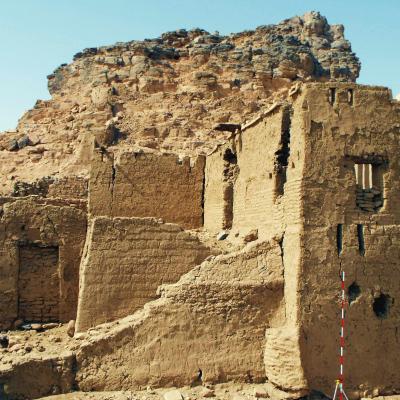